The Valley of the Sun

Phoenix began in 1867 as an agricultural community near the Salt and Gila Rivers and, incorporated in 1881. It became the capital of the Arizona Territory in 1889. It is in the northeastern reaches of the Sonoran Desert and has a hot desert climate. Despite this, its canal system led to a thriving farming community with the original settler's crops remaining important parts of the Phoenix economy for decades, such as alfalfa, cotton, citrus, and hay.

Cotton, cattle, citrus, climate, and copper were known locally as the "Five C's" anchoring Phoenix's economy. These remained the driving forces of the city until after World War II when high-tech companies began to move into the valley, and air conditioning made Phoenix's hot summers more bearable.

The city averaged a four percent annual population growth rate over 40 years from the mid-1960s to the mid-2000s. This growth rate slowed during the Great Recession of 2007–09 and has rebounded slowly.

Phoenix is the cultural center of the state of Arizona.

Map of the area 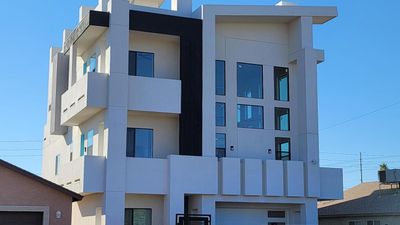 Contact us if you experience difficulty in accessing any part of this website, and we will work with you to provide the information.

Sign Up
Already a User? Sign In
You have been successfully registered
Please check your email.
Go to the homepage
Sorry something went wrong
Please try again.
Try again

In order to log in to your account, you need to confirm your email address. Please check your inbox!
Go to the homepage